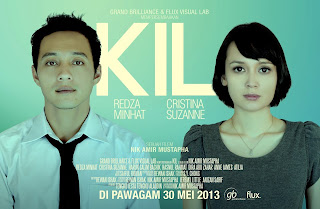 To be honest, it's been a while since Malaysian's people served a decent film like Kil. The last time I'd remember, from the late's Yasmin Ahmad, and grateful to her. And now in 2013, we're bless with this beautiful film entitled KIL by Nik Amir Mustapha.

KIL was truly a brilliant way of reformat our cinema MY's films thinking w/ such mainstream theme and sorta-kinda cliche poor choice of story like; Rempit, gangster, bohsia, racing car, etc and of course funny ghost story w/ same element. Thoughts, many of us didn't want those pieces, those mainstream choice just a way of box-office market, the way to sell the film ? But, it's enough ?. oh, back to KIL,

KIL has wonderful potent story but in such complex show by the main cast; Redza Minhat and Cristina Suzanne. The screenwriter to be thanks, w/ the story come the life of subplot, the flow it's captures the dilemmas facing by Minhat's characters, makes me eager until end. Dialog may yet cliche, but still more refocused in real-life drama, the more what people actually do say and do in daily life. Cinematography, was truly capture my eyes, it's beautiful, indeed memorable like the main cast and big applause for supporting cast.

The most memorable and meaningful, was the scene where Akil and Zara in cinema, show "Kil menonton Kil didalam Kil" Mostly, literal, like people who still stuck in stereotype mainstream theme.

So, that's it. Apologies for bad Grammar. But I'do appreciate KIL's film. Thank you for makes me watch Malaysian film once again. Kil, worth watching! 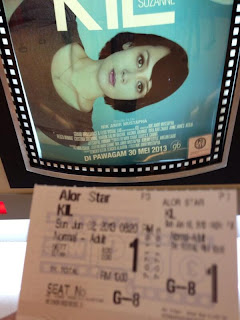 Sorry I haven't posted much recently. I needed a few months to get my head around. Besides, I don't know what I'm doing here anymore. I'm not a writer, clearly. So, been missing since December 2011, if I'm correct it's been 10 months without any update.

Quick start then, still study in Perlis, got to meet "Si Arab" a few or so, mostly hangout with my SC and SAC, watch a few films in cinema (so far The Dark Knight Rises the best), bought Macbeth from @AtynJunaidi, thanks to @thaqifghaffar for showing place in Langkawi, more on twitter, skype with a few people that knew, and of Bunga aka @EylaRazali I'm pretty sure our conversation begins with "Vitagen's talk". That's all. Thank you for reading this. Until next time then. Assalamuailikum.
Posted by zaham at 9:26 AM 0 comments 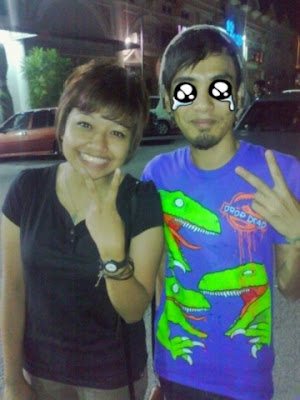 zaham
Since I was born, people call me Iszaham. Been living since 1991, do the math.